The women and men who lead BVU live the motto of "Education for Service" every day. These are the people who make BVU the place it is: rooted in care for communities with eyes on how to make things better. Learn about these leaders below. 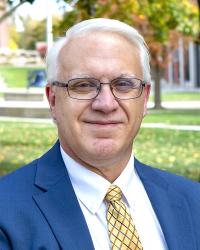 President Lenzmeier, who joined BVU in 2003 as a Professor of Biology, was named BVU’s 19th President in Oct. 2020. He has shared his talents in many capacities on campus, moving into leadership roles as Chair of the Faculty Senate and Dean of the Faculty before assuming the role of Provost and Vice President for Academic Affairs followed by Interim President.

President Lenzmeier was named “Faculty Member of the Year” twice by BVU Student Senate and was the 2009 George Wythe Award recipient—the University’s highest honor for excellence in teaching. An advocate for rural health care and education, he has as served on the Buena Vista Regional Medical Center Community Advisory Council and the Faith, Hope and Charity Board of Directors. He currently serves on the Iowa Lakes Corridor Board of Directors and the Governor’s Empower Rural Iowa Task Force.

The native of Willmar, Minn. earned his Ph.D. in biochemistry from Colorado State University and holds a B.A. in biology from Saint John’s University. He also completed post-doctoral research in molecular biology at Princeton University and was a visiting research fellow in molecular medicine at the Mayo Clinic in 2011. 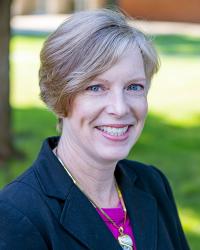 Dr. Heidi Manning joined BVU as Provost and Vice President for Academic Affairs in July 2022. Prior to this, Manning served Misericordia University in Dallas, Pa., for five years, working as Dean of the College of Arts and Sciences. From 1997 to 2017, she served in a variety of administrative and faculty positions at Concordia College in Moorhead, Minn., including serving as Chair of the Division of Science and Mathematics.

A native of Fergus Falls, Minn., Manning has demonstrated success as a fundraiser, having worked to secure nearly $2.4 million in grants for the colleges and universities she has served. In addition to her work as a Professor of Physics, Manning has been a research scientist at the NASA Goddard Space Flight Center working on flagship missions to Saturn (Cassini) and Mars (Curiosity Rover).

After earning her bachelor’s degree in physics at Gustavus Adolphus College in St. Peter, Minn., Manning earned her Ph.D. in physics at the University of Minnesota in Minneapolis, Minn. She has received the Outstanding Alumni Award from Gustavus Adolphus, was named a HERS Fellow for women in higher education, and on four occasions has been on teams that were awarded the NASA Group Achievement Award. 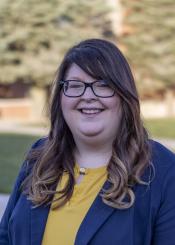 She has more than 15 years of experience working with a wide array of student success positions including student affairs, residence life, student activities, and more. Her focus is on supporting student success through student-centered and inclusive values, programs, and services. 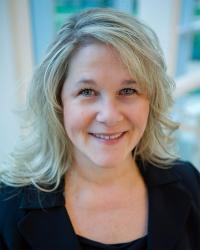 Bral, who began her career in BVU’s Admissions Department, has enjoyed roles in Financial Aid and the Registrar’s Office as well.

The 1989 BVU graduate, a psychology major, is a native of Manning. Bral, who earned a master’s degree from the University of South Dakota, serves as a volunteer at The Bridge, Summit Evangelical Free Church, and with Dory, the therapy dog serving Storm Lake Middle School, where Bral also spends time as a mentor. 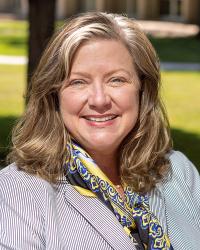 Joan Canty was named Vice President for University Advancement in May 2021. She brings more than 30 years of experience working in alumni and donor relations.

Canty most recently served as Director of the National Eagle Scout Association and Supervisor of Alumni Development for the Boy Scouts of America in Irving, Tex. She previously held roles as Vice President of University Advancement at the University of Dallas in Irving, Tex., and Vice President for University Advancement, as well as additional leadership positions, at Texas Wesleyan University in Fort Worth, Tex. Canty has a comprehensive history of development experience and success in creating effective donor relations. She is drawn to the mission of private universities and their impact on students. 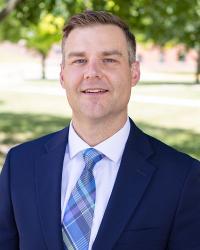 Brandon Johnson joined BVU as Vice President for Enrollment Management & Marketing in May 2022. Johnson is 2004 BVU graduate who began his career as an Admissions Counselor at BVU. He most recently served as Vice President for Enrollment Management & Career Placement at Tennessee Technological University in Cookeville, Tenn., from 2018 to 2022. Prior to that, he served in vice presidential and directorial roles at the University of Mary in Leavenworth, Kan., and Avila University in Kansas City, Mo.

Johnson, who was raised on a farm near Alta, has a Ph.D. in educational leadership from Baker University. He earned a master’s degree in education from the University of St. Mary and a certificate in professional fundraising from Boston University. 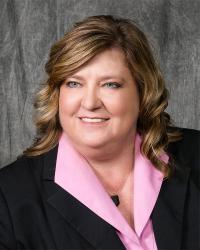 Vice President for Finance and Administration

Suzette Radke was named Vice President for Finance and Administration in 2016.

Radke's career at BVU spans 25 years, including roles as an accountant, accounting manager and controller, and most recently director of business services and controller. Since 2012, she has served as an adjunct faculty member in BVU's Harold Walter Siebens School of Business, teaching Governmental and not-for-profit accounting.

Radke also manages the accounting for a family farm and is actively involved in the community as a member of the Baseball/Softball Improvement Commission, a Buena Vista Regional Medical Center Foundation board member, and an advisory board member for Heritage Bank NA. Scott Brown began as Director of Athletics in July 2021. Brown most recently served as Executive Director of Development in University Advancement at BVU. Prior to joining BVU, Brown succeeded in a variety of athletic department roles serving South Dakota State University, UCLA, and the University of Iowa. The Storm Lake native, who began his career at the Iowa Department of Intercollegiate Athletics, has a wealth of experience in NCAA athletics ranging from strategic planning to personnel to fundraising to alumni relations.

Brown received his master’s in sport management from Western Illinois University. He earned his bachelor’s in sport administration and political science from Simpson College where he competed in basketball and baseball.

Chair of the Faculty Senate 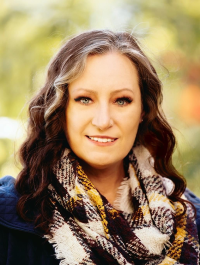 Dr. Karin Strohmyer joined the BVU faculty in 2011 and currently serves as Associate Professor of Education. She was named as Chair of the Faculty Senate in April 2022.

At BVU, she has served as on multiple committees, including Faculty Welfare, Admissions and Retention, Wythe, and Academic and Curriculum. She serves as the faculty sponsor for Student Senate and Color Guard, while also sitting on the Iowa Autism Society Board and the Council for Exceptional Children TEC Policy Committee. She also runs a Northwest Iowa special education collaborative to support educators in the area.

In 2013, Strohmyer established the Youth and Families Empowerment for Success program to develop self-determination skills for middle school students with various disabilities. This successful program has grown to include teacher and school training and resulted in aiding graduation rates among participants.

Find out how you can become a student at BVU.